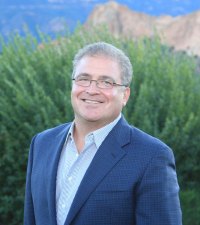 Michael Spiesman is Vice President, Sales & Marketing for Allen Media Broadcasting and is responsible for all sales-related activities for the company’s 11 market television properties. Prior to joining Allen Media Broadcasting, Michael served in the same role with Heartland Media, LLC, a position he held since 2015. Before joining Heartland, Michael was with Gray Television as their Vice President, Director of National Sales, beginning March 2013.

A veteran sales executive, Michael served as president of Katz’s Continental Television Sales, a unit of iHeartMedia, Inc, from 1999 to 2012. He began his career with Katz as an account executive in 1982.

Michael also participates in various industry leadership roles to champion smaller and medium market broadcasters. Among other positions, he has been actively involved in the NAB’s SMTE for over 25 years, and he currently serves on its planning committee. Michael is also a NABPAC trustee. Michael is a member of the Broadcast Education Association and serves on the Station Sales Advisory Committee of the Television Advertising Bureau.