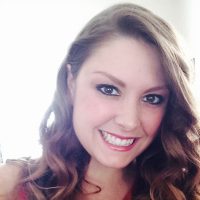 Christa began her career in advertising and marketing in 2012 with Northwest Broadcasting working at FOX40 near her hometown in Binghamton, NY. In a few short months, she worked her way from Sales Assistant to Account Executive. Throughout her time there she specialized in broadcast sales with a special focus on digital marketing. In 2013 she earned a trip to the SMTE NAB conference in Phoenix, AZ. Christa relocated to the Gulf Coast of Florida in 2014 where she worked with Cumulus Broadcasting selling for a local cluster of radio stations for several years. While there, she worked with local and regional accounts to create broadcast and digital campaigns that included on-site events, half off programs, digital direct mail, and streaming services. In September 2015, Christa was awarded Sales Representative of the Month by the company. She has been a volunteer of community organizations such as the American Cancer Society, and the American Heart Association where she served on the board as Chairperson of Community Teams and the Southern Tier Heart Walk for several years. Christa has also participated in multiple business networking events and in groups like BNI Upstate and BNI Fire. After having her son Wyatt in 2017, she took a break from media before returning to work at FOX40 in upstate NY. Since her return in 2019, she has consistently hit her new business budgets during very difficult times and earned multiple awards for meeting a variety of station goals. Christa is always focused on new business development, hitting goals set by management, and finding new ways to incorporate digital products into the client’s broadcast media buy.