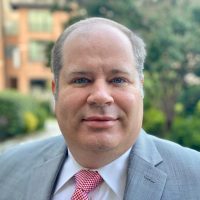 Ben is in his 13th year serving as media director of the Jerry Damson Automotive group, handling advertising, digital merchandising and search for one of Alabama’s most successful family–owned automotive groups. He’s married and has two daughters. His eldest daughter is studying biology and is a member of the University of Alabama’s Million Dollar Band. His younger daughter is a sophomore at Huntsville High School where she is also in the band.

Ben started in television in 1989 at the age of 15, leaving Central High School at 3 p.m. daily to work full–time on the production staff of WCFT’s 5,6 and 10 p.m. newscast. By his senior year in high school, Ben was promoted to technical director and began covering Alabama Crimson Tide Football. He continued to do so through the 2017 national championship. He moved to Huntsville in 1996 and served as news director and station operations manager at the local ABC affiliate and left television after 20 years. He still gets his fix by shooting and producing television every day for the four dealerships he serves.