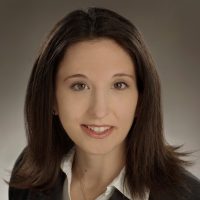 April Carty-Sipp has over 20 years of experience in the television industry leading marketing, branding, creative and programming teams for corporations such as Disney ABC Television Group and Comcast/NBCUniversal. She is currently the senior vice president of Television and Radio for the National Association of Broadcasters (NAB).

Prior to working at NAB, Carty-Sipp was vice president and director of Programming at Disney ABC-owned WPVI-TV Philadelphia. In that position, Carty-Sipp led local programming, production and the public affairs departments at WPVI. She also supervised original programming at the station.

Before her five-year stint at WPVI, Carty-Sipp worked for 12 years in the creative and marketing departments at Comcast/NBC Universal. She was ultimately promoted to senior vice president of Creative Services and Brand Integration for NBC Regional Sports Networks, which consisted of 14 sports and entertainment networks in 50 million U.S. homes.

Earlier in her career, Carty-Sipp worked in senior programming and promotions positions at Paramount Stations Group-owned WPSG-TV Philadelphia. Her first field-related job in television was working for the Philadelphia Phillies at Veterans Stadium.

Carty-Sipp has received numerous awards in her television career, including six Mid-Atlantic Emmy Awards. She is a graduate of Rowan University with a BA in Communications specializing in Radio/TV/Film.